High levels of Aflatoxin B1 and Fumonisin B1 & B2 mycotoxins detected in corn samples in 2017!

The aim of the present study was to screen corn samples received from Balkans region during August to November 2017. The samples were analysed by UHPLC-based multi-mycotoxin method for the determination and quantitation of all regulated in feed (EU Directive 2002/32/EC, 2006/576/EC and 2013/165/EU) by liquid chromatography coupled with tandem mass spectrometry.

Adsorption and desorption of Citrinin by MINAZEL PLUS

Citrinin is a nephrotoxic mycotoxin produced by several fungal strains belonging to the genera Penicillium, Aspergillus and Monascus. It contaminates various commodities of plant origin, cereals, and is usually found together with another nephrotoxic mycotoxin, Ochratoxin A. Toxicity concerns for Citrinin mostly appear to be aimed toward poultry affecting kidney of these species. 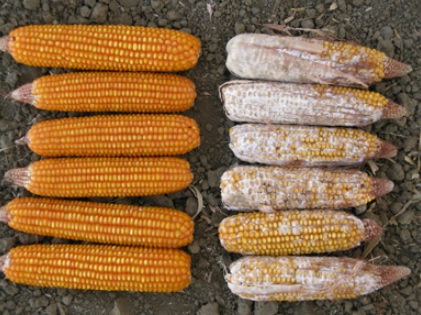 Adsorption and desorption of Citrinin by MINAZEL PLUS at pH 3.0 and 6.5 using LC-MS/MS:

ORGANICS SUFFER DEFEAT AS EU RENEWS GLYPHOSATE FOR ANOTHER 5 YEARS EU: battle over pesticide safety escalates
Scroll to top
%d bloggers like this: