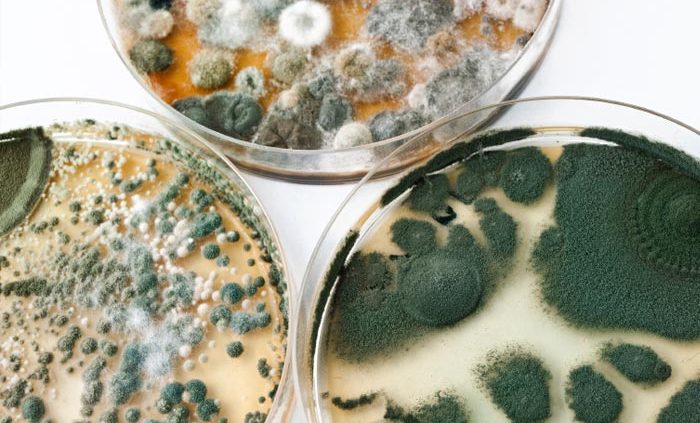 A new view on mycotoxins (MT) and different manifestation of crystal and equal doses of natural MT toxicity action is validated.   The evaluation of MT action on organism under detection of the multiple feed mycotoxins is offered for the first time.   Mycotoxicosis prevention is possible as a result of the adsorbents usage.  The general description of the effective adsorbent selection is provided.

Microscopic fungi are ubiquitous and have the ability to adapt to different habitat conditions. Some of them may develop products that are toxic to humans and animals, which are called mycotoxins (MT). This notion is due to their origin and effect in animals. From the point of the participation in metabolism of the fungi, they are referred to “secondary metabolites”, i.e. substances that are formed during the metabolism, but do not play a role in their life. Not all fungi produce MT, even toxinogenic fungi can grow for several generations  not  producing MT, and then in some circumstances starting to produce them. The common in these substances they are produced by microscopic fungi (molds) and they are toxic for animals, however, MT are  the substances of various chemical structures.

Receiving MT by cultivation of moulds  in the laboratory, there has been  noted that the first 3-4 weeks an intense growth of the mycelium was detected, but in molds  there wasn’t  significant accumulation of MT, then, when the growth of mycelium was suspended, the start of the  active phase MT accumulation happened. Note that the MT synthesis was initiated while the growth of the mycelium was practically stopped. What did the growth of the mycelium limit? – Reduction of the nutrients availability. If the 3-weeks culture was transferred on fresh sterile substrate, the renewed growth of mycelium and only after 3-4 weeks of active growth has begun to show the formation of mycotoxins – this time was required for consumption of nutrients  and the emergence of their deficit. In the habitat fungi may also have deficiency of nutrients. Primarily in the environment along with the fungi there are bacteria which require the same basic nutrients as fungi. Such way between them happens a competition for nutrients. While nutrients are in sufficient amount, fungi and bacteria will not compete for the substrate, however under nutrients deficiency fungi begin to produce MT, which cause the death of bacteria.  Fungi produce toxins to kill competitors. From this point of view MT already are not secondary metabolites, as they provide “survival” of the fungi – they show a protective effect, and in a broad sense they are antibiotics for bacteria. Initiation of MT synthesis is controlled by biochemical regulation: under the limit of the available nutrients appears biochemical signal to switch on the mechanism of  MT formation. In the laboratory MT start to be formed on a sterile substrate (where there are no competitors) after reduction of the nutrient content below a certain critical level as a result of their use. In natural conditions, nutrients availability may be reduced while moisture is lacking, as it reduces nutrients solubility and availability, as well as the effect of other factors that create stress conditions for fungi growth, although they will not be associated with the presence of bacteria.

To completely eliminate the presence of MT in the raw feed material is not possible, therefore in many countries for  the most studied MT there were legally established Maximum Permissible Concentration (MPC)  of toxins, below which the raw materials or feeds can be used without restrictions. In the review of the scientific literature by studying the MT effect in animals it is necessary to pay attention to the sources of toxins, which can be principally two. Pure crystalline MT – they are used when setting the MPC, as well as in the study of the new mycotoxins. There is no another way, because researchers must be confident that the changes occurred in animals during the test is a result of specific MT and its dose. Pure mycotoxins are expensive and not always available for research, so reliable MPC values for large animals are much less than for laboratory animals, birds or piglets.

When the effect of mycotoxins is studied, especially while is determining the effectiveness of adsorbents, feeds contaminated MT under natural conditions are used often. With feeds contaminated naturally in the diet are contributed additional negative factors that the researchers can not control and in some cases do not even suspect their existence. The advantage of this option is – feeds contaminated MT naturally better reflect actual practice. The chemical composition of the contaminated feed is different from the composition of the feed, in which moulds did not grow. It occurs an independent influence in animals and excludes the possibility of objective findings. Research results in most cases are not consistent with those obtained by using pure MT. In this case in addition to toxins, available for analysis, may contain other unknown MT. An important factor to intensify the effect MT of natural origin, is the presence in the diet their unfinished products of biosynthesis, i.e. pretoxins. They also have toxicity, but the available control methods of the pretoxins content haven’t yet existed. Negative effect in animals of MT formed in feeds by natural way due to the presence of pretoxins is more obvious than equal doses of crystal MT.

The results obtained in experiments with the use of feeds contaminated with mycotoxins under natural conditions, are difficult to confirm by other researchers, as in the repeated experiments, the concentration of certain toxins and, respectively, their ratio in each case is unique and can not be duplicated even by the same researcher. The abovementioned differences lead to important practical conclusion: MT of natural origin will have in animals more pronounced negative effect compared with equal doses of toxins legislated as MPC.

In animals consuming feeds containing toxin below the MPC, the last is inactivated by xenobiotic metabolizing system and, therefore, has no apparent effect on the organism. This system does not have a narrow specificity and inactivates in organism many foreign substances.  Xenobiotics or alien to the body substances include mycotoxins, and substances of anthropogenic origin: medications, synthetic antioxidants, colorants and some others (Park 1985; Sheweita 2000; P. Galtier et al., 2008).

Endogenous detoxification of certain mycotoxins occurs at different speed and it varies in animals of different species (Adav and Govindwar. 1997; Ramsdell and Eaton. 1990). The accumulation of scientific data has revealed that the consumption of feed contaminated by multiple MT  can enhance the negative effects of each MT on the organism  (Pedrosa and Borutova. 2011). This is because of the presence several MT in feed, they will be inactivated in the organism  by  the same system of endogenous detoxification, the effectiveness of which has a limit.

In practical conditions in feed there can be some MT at the different concentration capable to cause polymycotoxicosis. So, as a result of the analysis in compound feeds for broilers some mycotoxins were revealed: concentration of each of them didn’t exceed MPC (tab. 1).

Table 1: The assessment of compound feeds for broilers on the mycotoxins content.

News: Dairy and beef cattle at high risk for mycotoxin exposure
Scroll to top
%d bloggers like this: